„The Romanians are a social phenomenon. As a nation among nations, they are westerners evolved in the East. They are Latins surrounded by Slavs. They are Romans two thousand years away from Rome. They are contemporaries re-produced on Trajan’s Column.

They are peasants with the utmost in sophistication. They farm instinctively, but are suspicious of machinery. They speak a language like Italian but the majority of their words are Slavonic. They are superstitious but religious at the same time. They are astutely intelligent, but refuse to be intellectual. They submit to invasion but preserve their identity. They support great wealth and extreme poverty. They produce striking beauty yet can live in filth.

As a collective personality, the Romanians are Oriental in their souls although Latin on the surface. Their patience is almost unending but they are quick to explode in argument; they are peace-loving yet would disintegrate without controversy. They are passive but strong in their resistance; spontaneously adaptable, still difficult to influence. They are romantic but never escape from reality.

They are charming yet cruel in their ridicule, warmly emotional but calculating, generous yet concentrate on the ‘main chance.’ They are opportunistic but lose interest after they have gained the advantage; they seize the moment, still adopt the long view.

The Romanians are a people of colourful contrasts and extreme extremes, born in classic times, ravaged by barbarians, indentured to the Turks, dominated by the Byzantines, the Greeks, dictated to by the Hungarians, Poles, Austrians and others, seduced by the French and not recognised as a country until 1878. Yet they emerge with a character that defies this confusion, that is definitely, emphatically, unmistakably Romanian.” 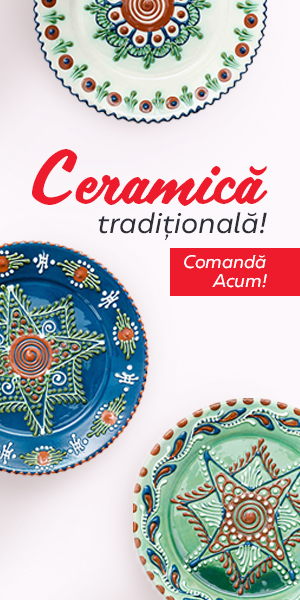 This website uses cookies to improve your experience while you navigate through the website. Out of these cookies, the cookies that are categorized as necessary are stored on your browser as they are essential for the working of basic functionalities of the website. We also use third-party cookies that help us analyze and understand how you use this website. These cookies will be stored in your browser only with your consent. You also have the option to opt-out of these cookies. But opting out of some of these cookies may have an effect on your browsing experience.
Necessary Întotdeauna activate
Necessary cookies are absolutely essential for the website to function properly. This category only includes cookies that ensures basic functionalities and security features of the website. These cookies do not store any personal information.
Non-necessary
Any cookies that may not be particularly necessary for the website to function and is used specifically to collect user personal data via analytics, ads, other embedded contents are termed as non-necessary cookies. It is mandatory to procure user consent prior to running these cookies on your website.
SALVEAZĂ ȘI ACCEPTĂ